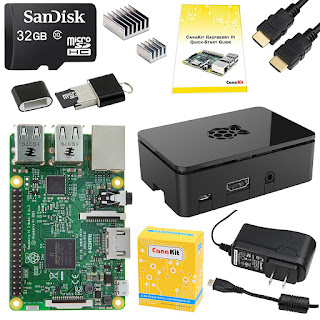 For those who want to control their DCC Model Railroad with their cell phones or tablets (pretty much any Android (Engine Driver) or IOS (WiThrottle) device), There is a Raspberry Pi image already built. Copy it to a sdcard, insert into your Raspberry Pi, and you are pretty much set to go!

Once you’ve assembled the hardware and installed the image, connect your RPi to your layout via PR3, LocoBuffer-USB, NCE Serial, NCE USB, SPROG or DCC++, and plug in the RPi’s power adapter.  You should see some LEDs on the RPi begin to blink, and shortly, using your wifi-capable phone, you’ll see a WiFi network named “RPi-JMRI”.  Select it and enter “rpI-jmri” when prompted for the key (note that 3rd character is a capital “eye”).  Open EngineDriver on your phone, and you should have an available connection under Discovered Servers called “RPi-JMRI”.  (Similar with WiThrottle on iPhone).  Enter loco address and run trains!