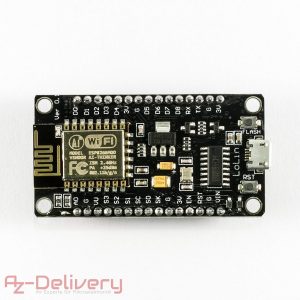 Many ESP8266 12E Boards come with Arduino style pin numbers labeled on the boards, but you use the GPIO pin numbers in your code. If you include the following lines of code in your sketch before setup(), you can use the number silkscreened on your board (different boards may have different pin matchings).

The const keyword stands for constant. It is a variable qualifier that modifies the behavior of the variable, making a variable “read-only”. This means that the variable can be used just as any other variable of its type, but its value cannot be changed. You will get a compiler error if you try to assign a value to a const variable (which is a good thing). Unlike #define, it types the “variable” instead of making the compiler guess. For these reasons it’s preferable to use const instead of #define (https://www.arduino.cc/reference/en/language/structure/further-syntax/define/).

A byte stores an 8-bit unsigned number, from 0 to 255. This takes less space than an int, which takes up two bytes. You may see some code samples use uint8_t instead of byte. It means the same thing.