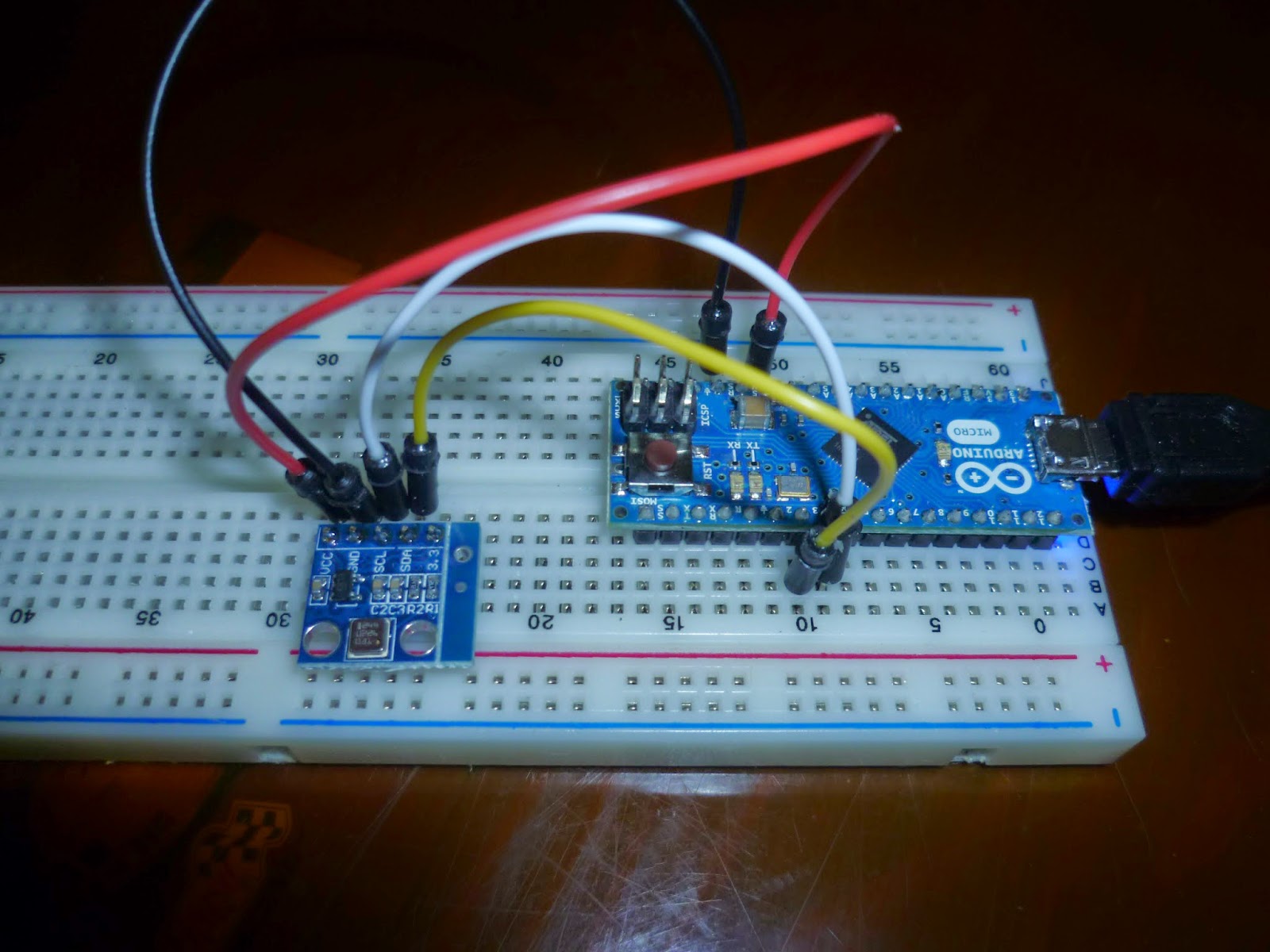 A while back we did a tutorial using the IC Station BMP085 Barometric Pressure Sensor. We wanted to do another tutorial using the newer BMP180, and the latest Unified Sensor Drivers from Adafruit. Another twist? We are using the Arduino Micro, which uses the Atmel ATmega32u4 like the Leonardo, instead of the ATmega328p like the UNO.

You will need to download and import two libraries (using the Arduino Sketch, Import Library, Add Library menu sequence). Those libraries are:

There is a example sketch on the File, Examples, Adafruit BMP085 menu called sensorapi. Load that into your IDE.

Because we are using the Arduino Micro, there is a small change that we have to make. This concerns the Leonardo as well. These units use the ATmega32u4 which not only is the processor, but is also the USB interface. As such, a reset not only resets the processor, but also resets the USB connection. We have to add a small delay after Serial.begin, or nothing in the Setup() will get printed to the serial monitor.

while (!Serial) ; //needed for leonardo and micro

So, now that we have connected, and opened the example sketch, make sure you have chosen the correct board and port on the tools menu, go ahead and upload the sketch. When it says done uploading, open your Serial Monitor, and you should see something like the following: 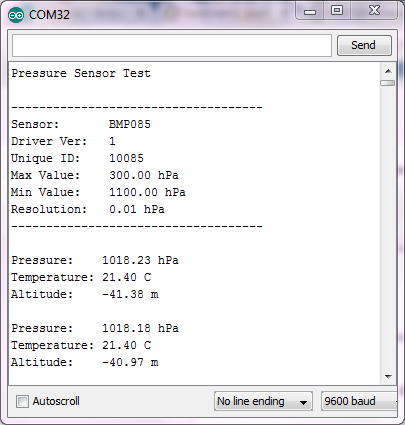 Notice all the values are in metric (SI). I prefer US Customary (Standard) units myself, so I will probably add some conversion code to the units.