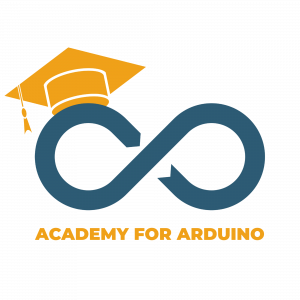 Imagine If Every Time You Come Up With An Incredible Idea, You Could Go Build It!

Check out what you're going to learn:

Get setup & running with Arduino

​Intro to programming with Arduino

​A deeper dive into programming the Arduino

Ready To Build This?

The cool thing about having done this for many years is that we have over 100 testimonials. Here are some of our favorites…

“Brian is the real deal. A true genius in the world of Arduino. I always believe that the best people to learn from are the ones who have been doing and practicing what you’d like to learn for years. And boy has he got some experience. His program is incredible and implementing the methods has radically elevated my knowledge of Arduino and electronics. Thank you Brian!”

“Brian is the real deal. A true genius in the world of Arduino. I always believe that the best people to learn from are the ones who have been doing and practicing what you’d like to learn for years. And boy has he got some experience. His program is incredible and implementing the methods has radically elevated my knowledge of Arduino and electronics. Thank you Brian!”

“I’m a college student majoring in electrical engineering and I’ve found Brian’s program beyond helpful! He has helped me level up my knowledge of Arduino and electronics beyond what I had ever expected! Although I had some knowledge of Arduino and programming when I joined, his way of teaching has allowed me to level up both my knowledge of the basics and introduced me to more advanced areas of Arduino. I’ve made some amazing projects with Arduino both in class and at home for fun ever since I went through his program. Can’t thank Brian enough!”

The biggest loss is doing nothing. Do something.

Are you ready to begin your journey towards becoming a maker? Let’s start learning and building!

Here's what others have experienced...

The cool thing about having done this for many years is that we have over 100 testimonials. Here are some of our favorites…

“I’ve always wanted to be able to build something from scratch that worked. When I first discovered Arduino, I was super excited about all the possibilities of what I could create, but then I realized how much more there was to it then I thought. It was complicated and confusing to me, so I gave up for a while. But then I came across Brian and couldn’t believe how simple he was able to make the learning process. After the first couple days of going through his program, I learned more about Arduino and electronics than I had learned in months of trying to find the information on my own. Thank you so much Brian!”

“Finally, someone who teaches Arduino in a way that isn’t crazy confusing and actually helps me grasp the information. I’ve tried learning Arduino in so many places, whether it be on Youtube, other courses, and even at school in the past, but nothing I’ve experienced comes close to Brian’s program. He lays out all the information in such a simple and easy-to-grasp way that has allowed me to learn quickly and easily. I went from beginner to advanced in just a few weeks! I almost can’t believe how effective his teaching has been! I seriously recommend this program to anyone looking to get started with Arduino!”

“I’ve always been very into electronics and programming so when I originally started Brian’s program, I was nervous it wouldn’t help me, but I was very wrong! It only took a few videos for me to learn a full page of notes worth of things I didn’t know before. I’ve been able to improve my coding and get started with Arduino which has been amazing! Some of the projects he took me through in the program were so cool and led me to making some of my own creations in my free time! I hope Brian comes out with an advanced program soon!

“I really enjoyed going through Brian’s program! I originally found out about Arduino a few months ago from a friend, but I never really pursued learning about it. When I found Brian’s program and saw all of his success stories, I thought I might as well give it a try. I’m so impressed with how much I’ve learned in such a short amount of time! I wasn’t that interested in Arduino before, but now that Brian showed me how to create a few projects and all the possibilities of what I could create, I’ve been constantly in at my desk tinkering, trying to try new things and building everything I can think of. It’s a blast!”

“Dear Brian. You are truly amazing! You have helped me grow my skills so tremendously in the past couple weeks. I searched all over the place for someone who could help me learn about Arduino. After taking multiple courses and watching endless confusing Youtube videos, no one was able to teach me as well and easily as you did. You have changed the way I look at engineering and electronics now that I understand how everything works and how I can build anything I want. With the level of intelligence and knowledge you have, and the way you’re able to present it, you can help people learn in a way others cannot. Thank you for all your help!”

"I couldn't have done it without the lessons I have learned at Arduino Academy."

About My Arduino Journey...

I’m here because I’ve had a passion for electronics, science, and the way things work all my life. And it’s that interest that lead me to go to college to get a degree in electrical engineering.
But it wasn’t always easy. I know what it’s like to have the desire the learn about Arduino, electronics and build useful things but have absolutely no clue where to start due to the complexity of the subject and the overwhelming amount of information (and misinformation) out there.
As a child, I’d often go to the library (before we had the Internet) and borrow books about electronics, only to be disappointed and confused by all the mathematical equations and theory. After all, most ten year olds are not proficient in algebra, and there was no Arduino at the time!
After high school, I decided to get a job in construction because I liked to work with my hands and ended up working as an electrician’s apprentice. I attended apprenticeship school at night 2 days a week.
Those two things helped pique my interest in electronics.
I was learning about how to wire buildings and about 120/240V circuits, but I discovered that my real interest was not in those things, but rather in electronics and microcontrollers.
After a few years I decided to go to school and get a degree in electrical engineering. I had been out of high school for four years at the time, but I enrolled in what I was told was a difficult program nonetheless. During my time in college, Arduino made their debut in 2005.
But, we didn’t use Arduino in any of the classes or labs even though we had a class just on microcontrollers.
After graduating, I started hearing about Arduino and the amazing things people were making with it. I had to find out more and get my hands on one. I had a good background in electronics and programming, but I was astounded at the amount of fragmented, half-true, or even flat out wrong information out there concerning Arduino.
I want to help you avoid the same frustrating time suck by bringing you a structured course for beginners on Arduino with accurate information that covers everything from A to Z.
I am here as living proof that you can learn Arduino and electronics while becoming the Maker you’ve always wanted to (and knew you could) be.
You CAN learn to write your own code.
You CAN learn to design your own circuits and projects.
You CAN create amazing things with Arduino.
And I want to help you do all the above.
What will you create? How will it change the world or someone’s life? How will it change your life?
Let me help you find out!

Are you ready to become a Maker?

You Should Learn Arduino Because:

Arduino Has A Low Bar of Entry

Become a Programmer in Less Time

Build a Foundation for a Career

You Can Make Almost Anything

A Fantastic Introduction to Programming

​It Will Also Introduce You to Electronics

All of these benefits can be observed because of all the success stories of people who started with Arduino and went on to attend prestigious schools and land very high-paying jobs.

The world is in desperate need of people who have the skills to build things from scratch that work very well. Not only that, it’s also very cool and fulfilling to be able to take an idea and turn it into something you can hold, touch, and even use on a daily basis.
Think of all the ideas you’ve had over the years for things you’d like to build. Now you can bring those ideas into reality!
For the past seven years I have devoted myself and obsessed with Arduino and electrical engineering.
I have earned an electronics degree, and work with Arduino every day creating things that are cool and that have real uses in my life.
I struggled to learn Arduino in the beginning because most of what you will find on YouTube and the internet is scattered information and advice which only makes things more confusing. I had to spent tens of thousands of dollars going to a university to learn everything I know now.

I don’t want you to have to go through everything I did in order to become an incredible Arduino maker.
I have created a comprehensive training program for you to help avoid all the mistakes and headaches I ran into while learning Arduino so that you can become a creator as quickly and easily as possible and build anything your imagination can think of. 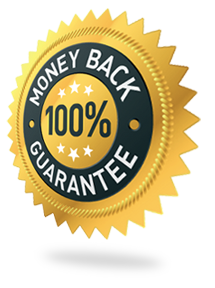 I want you to have very little risk with this purchase. I am so confident it will be the best course on Arduino & Electronics that you have ever purchased, I will personally refund you if you are unhappy with the results within 30 days of sign up. You keep the bonuses!

What Are You Waiting For?

I'm Ready To Start The Journey

What Are You Going To Get?

Get Lifetime access to The Academy For Arduino For Only

Sign up and if you don’t like the content or don’t find it valuable, go ahead and cancel within 30 days and I’ll issue you a full refund. You keep the bonuses!

Electronics A-Z course - everything you need to know about electronics